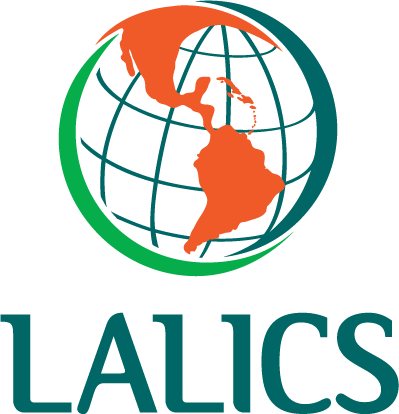 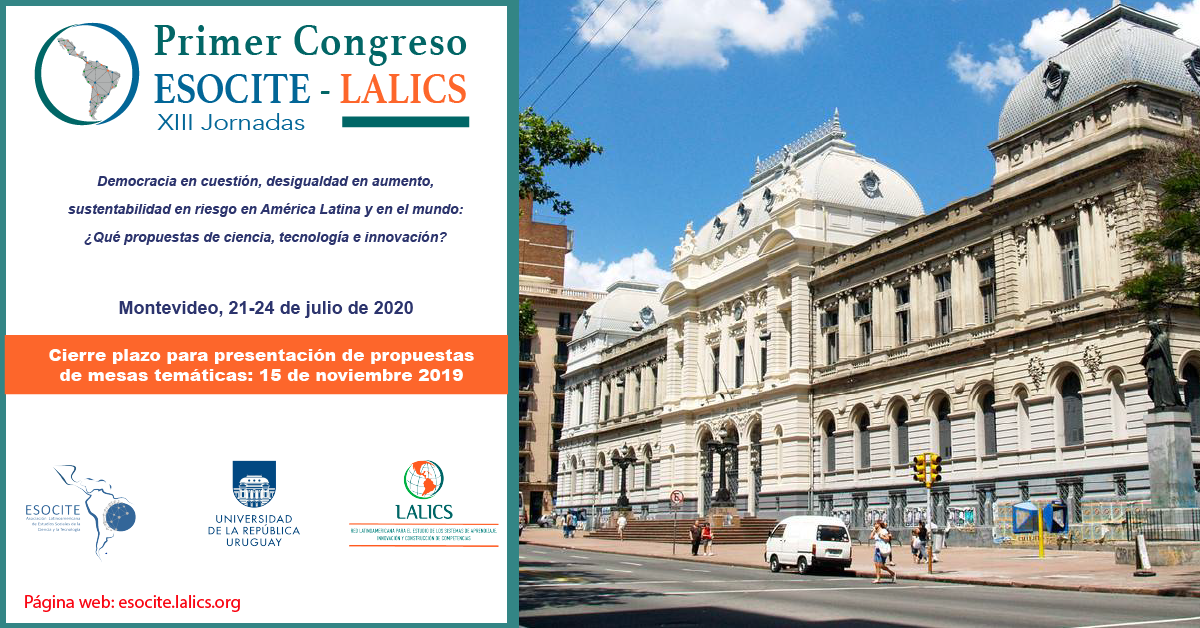 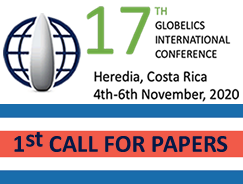 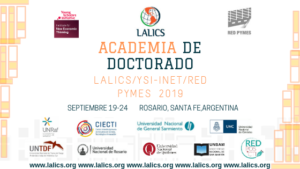 LALICS (Latin American Network for economics for learning, innovation and competence building systems) is an academic network in Latin America and the Caribbean that gathers scientists and researchers engaged in the study of the innovation processes and their linkage to development national/regional, innovation systems, learning processes and capacity building in the region.

LALICS seeks to facilitate a forum for researchers, policy makers, students, entrepreneurs, and civil society organizations, in which they can share experiences and knowledge acquired through the implementation of public policies, theoretical frameworks and methodology, research results and new approaches to address the main challenges faced by the region. Simultaneously, being a part of GLOBELICS  and linked to its regional networks (AFRICALICS, ASIALICS, CICALICS, INDIALICS, MEDALICS), LALICS seeks to contribute to the global knowledge flow, and through this, to add to the debate and the advancement of knowledge in the area. LALICS also seeks to be a place of reference for publicizing and diffusing activities and initiatives, both at the local level as well as regionally and internationally.

The effort to establish LALICS originated in the beginning of 2004, during the second GLOBELICS Conference in Beijing. A consensus emerged on the need to re-think the relationship between innovation and development from a Latin American perspective (“from and for the south”), which would emphasize the role of science, technology and innovation in triggering economically sustainable and socially inclusive development processes.

In order to set off and materialize this consensus, a group of young Latin American students, linked through the GLOBELICS Academy, organized themselves as a pro-LALICS group. Through targeted efforts they they advanced the objectives of this initiative, a process which concluded with the creation of LALICS during the GLOBELICS Conference of 2011 in Buenos Aires.

LALICS is organized around some central issues, among them:

1. The study of innovation processes as central elements for a sustainable and socially inclusive economic development for the countries within the region.

2. The development of a broad concept of innovation, one that includes technical, institutional, social, and cognitive (new knowledge and transformation of existing knowledge) dimensions.

3. The innovation processes, learning, and technological capability building, both in the formal and the informal spheres.

5. Building capabilities for the design and implementation of public policies on science, technology and innovation that will contribute to the economic and social development.

The Scientific Board is composed of 7 members, five of which are senior scholars in the STI with a long-standing relationship with GLOBELICS; the other young scholars belong to Lalics network. In alphabetic order the Board members are:

The Scientific Board was elected in an election process where members of the network participated, according to the statutes. The elections were held between January and February of 2018. LALICS´s office is located at the Autonomous Metropolitan University in Mexico City.

The LALICS network has enabled the interaction between scientists and researchers concerned with the study of innovation processes and their relationships with national / regional development, innovation systems, learning processes and capabilities building in Latin American countries.

The development of this network is motivated by a group of academic researchers, who developed its foundations and have actively participated in strengthening it. Their work has helped developing the objectives of the network.

Having a lot of appreciation for the work they have done, LALICS wants to publicly thank who have participated in this process.

In alphabetical order we acknowledge to: 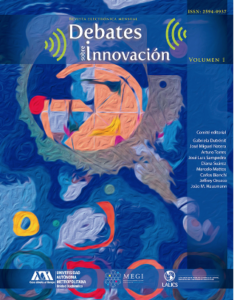